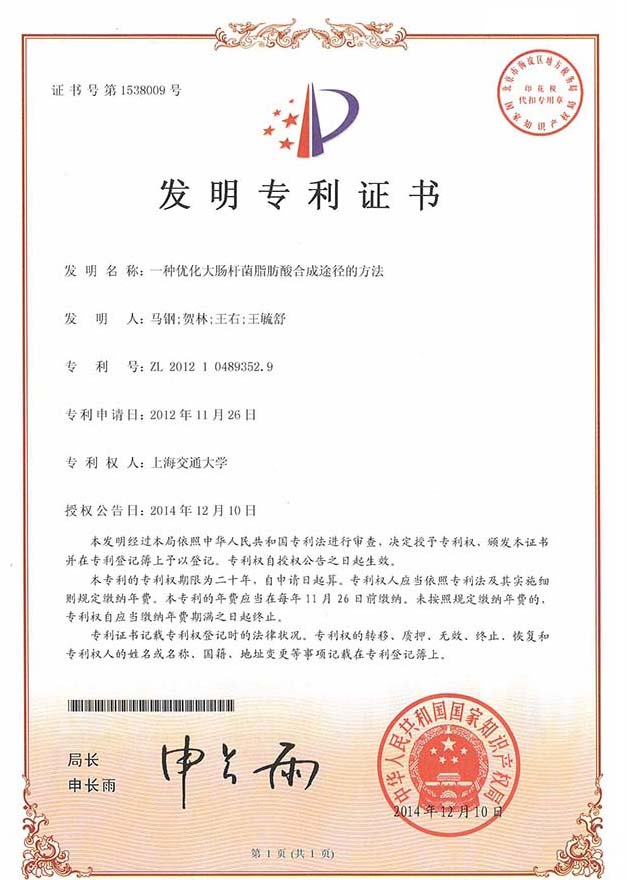 A method for optimizing the pathway of fatty acid synthesis in E. coli 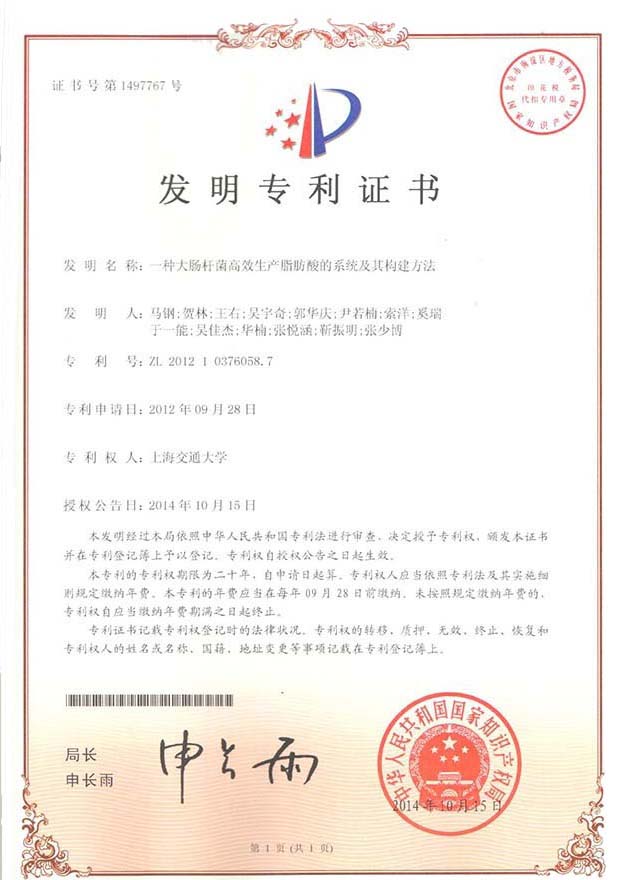 A system for efficient production of fatty acids by E. coli and a method for constructing it

An Engineered Rare Codon Device for Optimization of Metabolic Pathways

Rare codons generally arrest translation due to rarity of their cognate tRNAs. This property of rare codons can be utilized to regulate protein expression. In this study, a linear relationship was found between expression levels of genes and copy numbers of rare codons inserted within them. Based on this discovery, we constructed a molecular device in Escherichia coli using the rare codon AGG, its cognate tRNA (tRNAArg (CCU)), modified tRNAAsp (GUC → CCU), and truncated aspartyl-tRNA synthetase (TDRS) to switch the expression of reporter genes on or off as well as to precisely regulate their expression to various intermediate levels. To underscore the applicability of our work, we used the rare codon device to alter the expression levels of four genes of the fatty acid synthesis II (FASII) pathway (i.e. fabZ, fabG, fabI, and tesA’) in E. coli to optimize steady-state kinetics, which produced nearly two-fold increase in fatty acid yield. Thus, the proposed method has potential applications in regulating target protein expression at desired levels and optimizing metabolic pathways by precisely tuning in vivo molar ratio of relevant enzymes.

The ability to regulate endogenous gene expression is critical in biological research. Existing technologies, such as RNA interference, zinc-finger regulators, transcription-activator-like effectors, and CRISPR-mediated regulation, though proved to be competent in significantly altering expression levels, do not provide a quantitative adjustment of regulation effect. As a solution to this problem, we place CRISPR-mediated interference under the control of blue light: while dCas9 protein is constitutively expressed, guide RNA transcription is regulated by YF1-FixJ-PFixK2, a blue light responding system. With a computer-controlled luminous device, the quantitative relationship between target gene expression and light intensity has been determined. As the light intensifies, the expression level of target gene gradually ascends. This remarkable property enables sensor-CRISPRi to accurately interrogate cellular activities.

您使用的是过时的（不被支持的）浏览器，本网页可能无法正常展现。
You are using an outdated (unsupported) browser and this page may not display properly.